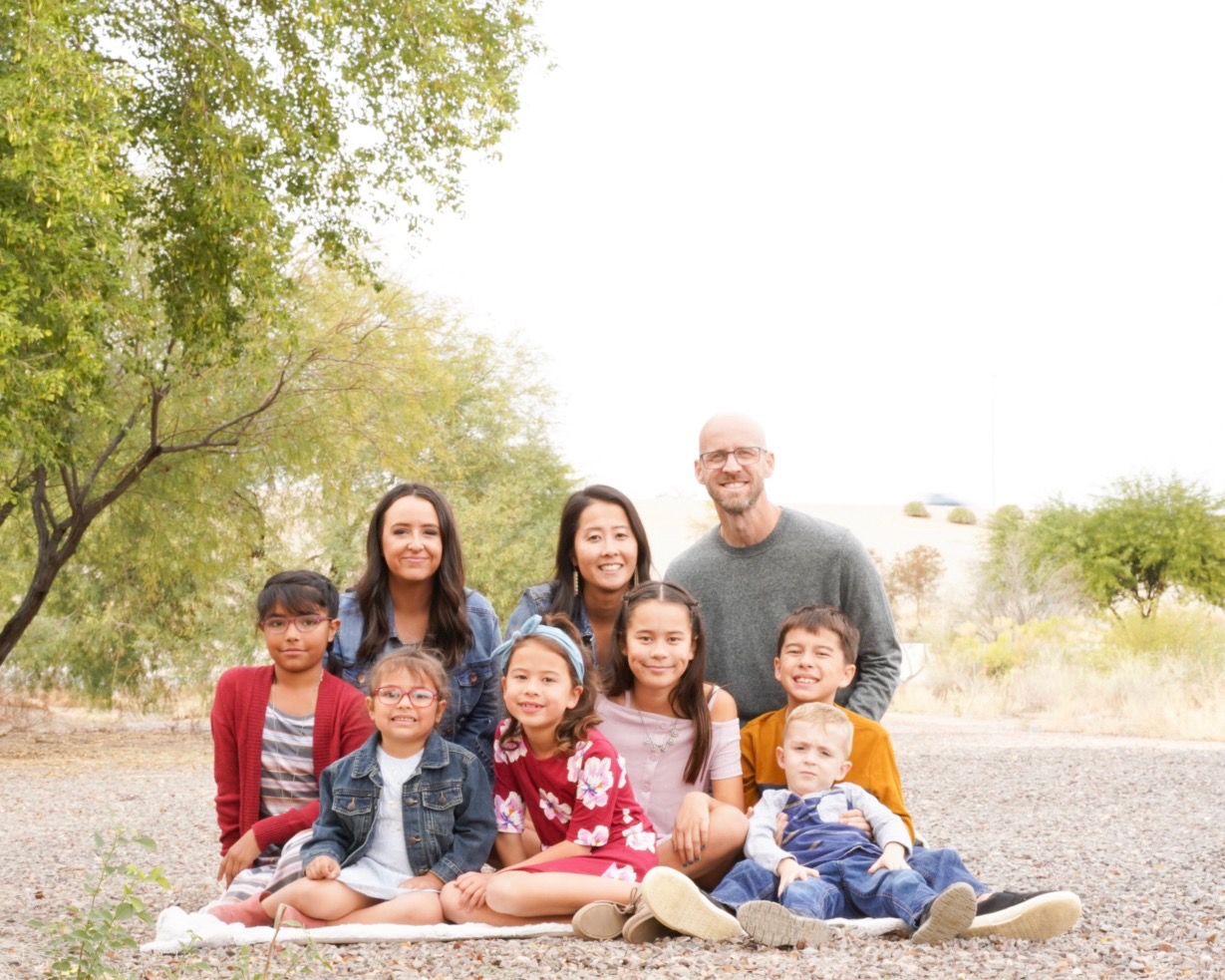 “It’s okay to be sad, but you have to remember to also be thankful.” Wise words from a newly adopted ten-year-old girl, Jessica. She and her younger sister will be spending their first Thanksgiving as official members of the Watson household after being adopted from foster care in June. Though they are thankful to have another family to gather with, the loss of their biological family still lingers.

Maybe you, like Jessica and her sister, are experiencing loss this year—a loss of a family member or friend, a canceled vacation, missed memories, or even a financial loss. No matter your circumstances, may we remember to rejoice and be thankful for God’s promises!

I’d like to share with you the story of how Jessica and her sister, Gracie, were adopted into the Watson household.

Jihae and Chris began their journey as foster parents with Christian Family Care seven years ago with their three biological children. They entered foster care with great intentions—they wanted to protect children from trauma and neglect. During their first placement, Jihae and Chris quickly realized they couldn’t do anything with their own strength. The first year was hard. Jihae and Chris were exhausted and were ready to throw in the towel.

One Saturday morning, Jihae called their CFC worker, Kelly, crying. She told Kelly they wanted to disrupt their placement and close their license. Foster care can be overwhelming. Jihae and Chris were experiencing that firsthand.

Luckily, Kelly and an amazing community of believers rallied around Jihae and Chris to
support them in continuing their ministry. Friends brought meals and diapers, and Kelly would sit on the phone and pray with Jihae in the hard moments. Thank goodness they didn’t give up. After 600 days in foster care, their first adopted son officially became a Watson!

After taking in several foster babies, Jihae and Chris decided it was time to shift gears. They felt called to open their home to older siblings. Last August, they were introduced to two sisters who were ages nine and four at the time. Jessica and Gracie were new to foster care and living in a group home together. After meeting and a quick trip to Target for the necessities, they knew the girls would be a good fit for their family. They moved in and their already large family became even larger. The Watsons grew to a family of nine.

It’s been a season of growth, patience, and stretching for everyone. Jessica and Gracie are adjusting to life with a new family and still have moments of grief over the loss of their biological family, but they are grateful for the love and stability the Watsons brought to their lives. It hasn’t been an easy road for anyone but God has been faithful through it all.

We thank God that Jihae and Chris didn’t close their license in that first year but stayed faithful to what God called them to do. Because of families like the Watsons, children across Arizona are experiencing the love of Jesus Christ this Thanksgiving.

Jihae and Chris have turned to helping others and advocating for foster care through their podcast Fostering Voices. Listen to them interview their ten-year-old and eight-year-old daughters about foster care here.